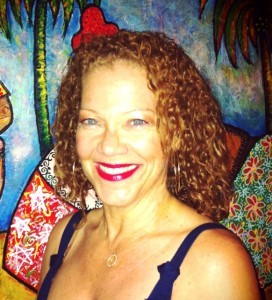 A UCLA graduate and recipient of a California Arts Council Fellow in Literature and New Letters Literary Award, she has had her poetry published in  Scream When you Burn, Grand Passion, Calyx, Catch the Fire, and the newly released, Voices from Leimert Park. Pam operates her own graphic design studio, Ward Graphics as well as runs her own publishing house, Short Dress Press. Her first novel, Want Some, Get Some, comes out on Kensington Books, February 2007. Pam has edited five anthologies including, Picasso’s Mistress, What the Body Remembers, and The Supergirls Handbook: A Survival Guide. She has had short stories printed in The Best American Erotica, Men We Cherish, and Gynomite. As an artist-in-resident for the City of Los Angeles and the City of Manhattan Beach, Pam also served as a board member for Beyond Baroque Literary Arts Foundation and has worked for many community arts and social/health organizations, including Black Women for Wellness, Summit on Gang Violence and Art Center College of Design.  Currently, Pam Ward is working on her third novel, Between Good Men & No Man at All.

Did I Forget to say

Yesterday when the cash

and the check didn’t come through

Did I forget to tell you

a kaleidoscope of slick

Hoping for a Get Out Of Jail Free card

and gettin’ stacks of Past Dues instead

to keep the change-the-locks nightmare away

while I was hustling

to keep the wolves off my back

to keep the hit man at bay

to keep from drowning in the abyss

wondering where, why and when

Did I forget to tell you

while searching my unfaithful purse

and I’ve bathed in your natural

as gold as a pawnbroker’s smile

and the radio playing

and the tang of green curry

because even if I forget to say

have both always known.